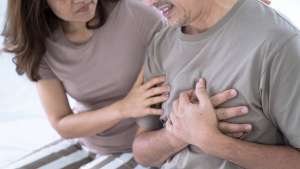 What Is Heart Arrhythmia?

According to the Mayo Clinic, heart arrhythmias occur when the electrical signals that coordinate our heartbeat aren’t working properly. If the faulty signal is causing the heart to beat too slow, it is called bradycardia. An accelerated heartbeat caused by arrhythmia is called tachycardia. The condition may also cause your heart to fluctuate between the two.

Heart arrhythmias may be harmless, although they can give one the feeling of a racing or fluttering heart. Some heart arrhythmias, however, may cause signs and symptoms that range from bothersome to life-threatening.

Can Sleep Apnea Cause Heart Arrhythmias?

Obstructive sleep apnea (OSA) is a sleep-related breathing disorder in which your usual breathing becomes disrupted and stops intermittently. Although brief, these pauses in regular breathing can affect the heart.

People who successfully treat sleep apnea can also see a reduction in their heart arrhythmias. Again, it seems that sleep apnea is a likely cause of arrhythmia in some people.

What Triggers Arrhythmia During Sleep? 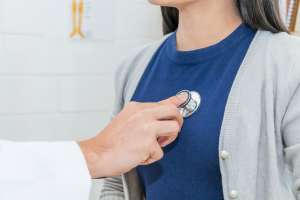 There are several ways sleep apnea may cause heart arrhythmias during sleep.

Have you ever tried to suck something through a straw that is blocked? That is the same thing that is happening to your breath during a sleep apnea episode. This strain creates extra pressure that affects your lungs and heart, which, in turn, may affect the way blood flows back to the heart. Each of these changes could lead to heart arrhythmia.

Your oxygen level can drop if you stop breathing during a sleep apnea episode. This may lead to a lack of oxygen in your tissues, also known as hypoxia. If the heart demands more oxygen than is available, you may develop myocardial ischemia. This can lead to heart arrhythmia.

What Is a Myocardial Infarction (Heart Attack)?

Most people have a pretty good idea of what it means to have a heart attack. According to the Mayo Clinic, a myocardial infarction or heart attack occurs when the flow of blood to the heart is severely blocked or reduced. The blockage is usually due to fatty plaque buildup on the arterial walls of the heart. Atherosclerosis is the name for this process of plaque buildup.

Sometimes a clot is formed when a plaque ruptures and blocks blood flow to an area of the heart. Without enough blood, that part of the heart is damaged or destroyed.

Can Sleep Apnea Cause a Myocardial Infarction?

The Importance of a Healthy Lifestyle

Along with treatment for your sleep apnea, healthy lifestyle choices can positively impact sleep apnea as well as heart disease. Some of these include:

Now that we have established some of the dangers of having untreated obstructive sleep apnea, what is the next step? Unfortunately, a quick fix with surgery is not usually recommended and is considered a last resort. This is because of the potentially long recovery time after surgery, and also because the success rate of such surgeries is questionable.

CPAP (Continuous Positive Airway Pressure) machines are the most common form of treatment. Some users find them uncomfortable, however, and report difficulty falling or staying asleep while using them.

As a more comfortable alternative, Babylon Dental Care offers The Moses® appliance to its patients. This practical appliance allows wearers to talk and even drink while wearing it. If you are interested in The Moses device for the treatment of your sleep apnea, we encourage you to contact us today at (631) 983-6665.