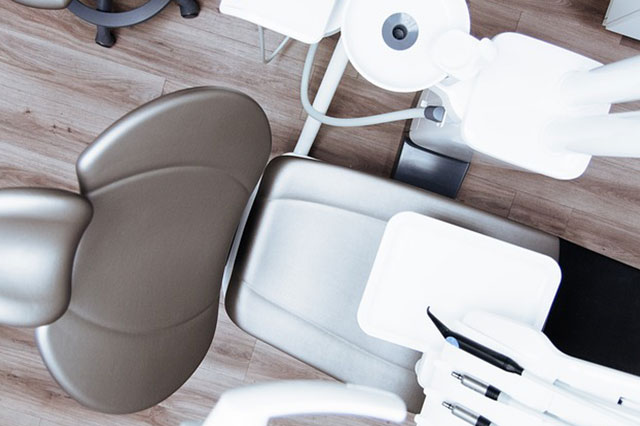 On September 30, 1997, United States Representative Barney Frank of Massachusetts called his colleagues’ attention to the designation of that coming November and all future Novembers as Jaw Joints-TMJ Awareness Month. Frank noted that TMJ was not one of the better-known abbreviations and stated, “Temporomandibular joint disorders are among the more painful, yet least well-understood disorders affecting people today.”

According to the TMJ Association, Ltd. (TMJA), a 501(c)(3) nonprofit organization, approximately 35 million people are living with TMJ symptoms and pain. As the material Representative Frank entered into the Congressional Record noted, temporomandibular joint disorders (TMJ) “afflict millions of Americans, both children and adults of both sexes and all races.”

A TMJ is essentially a disc that connects a person’s jawbone to their skull. TMJ disorders can be painful and frequently disabling disorders that involve pain the jaw joints and surrounding tissues as well as a limitation on jaw movements. TMJ symptoms can include migraine headaches, lockjaw, neck and shoulder pain, or vertigo.

The American Dental Association (ADA) states that possible causes of TMJ disorders can include arthritis, dislocation, injury, tooth and jaw alignment, and stress and teeth grinding. The TMJA identifies some of the most common known causes as including:

TMJA further notes that TMH may involve multiple causes, and there are also cases in which no cause can be determined. The most common symptoms of TMJ disorders are usually some kind of pain, usually in the jaw but also possibly in the face or around the ear. Difficulty opening or closing a jaw could also be a sign of a TMJ disorder.

The ADA notes that there are several treatments for TMJ disorders, and the National Institute of Dental and Craniofacial Research (NIDCR) recommends what it refers to as a “less is often best” approach in treating TMJ disorders. The simpler treatment is typically recommended before a more involved treatment, and the initial steps might include eating softer foods, avoiding chewing gum and biting your nails, modifying the pain with heat packs, or practicing relaxation techniques to control jaw tension, such as meditation.

When necessary for symptoms, the ADA states that the following treatments could be advised:

● exercises to strengthen your jaw muscles
● medications prescribed by a dentist, such as muscle relaxants, analgesics, anti-anxiety drugs or anti-inflammatory medications
● a night guard or bite plate to decrease clenching or grinding of teeth

The National Institute of Dental and Craniofacial Research (NIDCR) publication, “Less Is Often Best In Treating TMJ Disorders” states that the NIDCR suggests health care providers avoid treatments that cause permanent changes in the bite or jaw. The NIDCR also suggests health care providers avoid surgical treatment for TMJ, stating there “have been no long-term studies to test the safety and effectiveness of these procedures.”

Babylon Dental Care provides top of the line dental care including cosmetic dentistry and restorative dentistry services to  our clients. Call (631) 983-6665 or contact us online to see how our team can help you.

Valentine’s Day and Your Oral Health