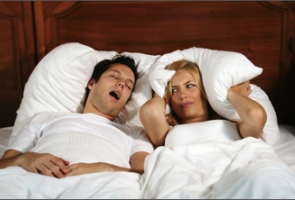 When many people think of sleep apnea, they get an image of a woman elbowing her husband in the middle of the night, and saying, “Stop that snoring!”

This makes sleep apnea look like a relatively harmless condition— so you snore a little loud and lose a little sleep…no big deal, right?

In fact, so wrong that recently Metro North has begun discussions with a third party company to administer at home sleep apnea tests to some of its 410 train engineers. Planned spending is approximately $200,000 in order to help fight the sleep apnea epidemic in train engineers (source: http://www.courant.com/news/connecticut/hc-metro-north-sleep-apnea-tests-for-engineers-1216-20141216-story.html).

It is believed that sleep apnea was largely to blame for a deadly wreck in the Bronx in December of 2013 when a train came roaring off the tracks at 82 mph. When the brain and body are not getting the appropriate oxygen levels during sleep, it is a serious issue.

It’s obvious that when a train comes off the tracks, nothing good ever happens. However, the real issue here is the growing concern of how sleep apnea can have a devastating, even deadly effect on people right here in the Babylon area.

Although this was the MTA that runs in New York City, this can happen anywhere, and could be affecting LIRR engineers. That is why we want to raise awareness for the importance of sleep apnea testing and treatment for everyone in and around the Babylon community.

Any train engineer (or someone who takes the train to work), someone who operates heavy machinery, or someone who simply drives a car is at risk for either being involved in or causing a serious accident due to sleep apnea.

In addition to accidents, there are other, more likely ways in which sleep apnea can have a negative effect on your daily life. For instance:

And the list goes on. Fortunately, many of these problems can be detected with a simple at-home sleep apnea test.

So, Are the At-Home Sleep Apnea Tests Really Effective?

There is a belief that a lot of “at-home tests” are not as effective as professional medical testing conducted at a designated facility, but that is not completely true. That being said, sleep studies can get expensive, which is why at-home sleep apnea testing is recommended for many patients who may be suffering from sleep apnea.

Insurance carriers and physicians alike are recommending these at-home tests, as they are as effective (when done correctly) and less costly than overnight sleep evaluations in a medical/sleep apnea facility.

What is involved with At-Home Sleep Apnea Testing?

As mentioned above, at-home sleep apnea tests are recommended for patients who show signs or symptoms of sleep apnea. At our dental practice in Babylon, Dr. Brown offers patients a take home device that is similar to what the Metro North train conductors will be using.

Patients sleep with this device for 3 nights and then return to our office in order to have their results interpreted by a sleep apnea specialist (a medical doctor). If the results of the at-home test show that sleep apnea treatment is needed (and the patient wants to move forward with an oral appliance as opposed to a bulky CPAP machine), Dr. Brown and the Babylon Dental Care Sleep Apnea team will move forward and create a sleep apnea device to deal directly with this issue.

How do I know if I Have Apnea? What are the Common Signs and Symptoms?

Here are a few of the common signs and symptoms associated with sleep apnea:

So What is My Next Step?

If you are experiencing any of the above issues, and think you may be suffering from sleep apnea, then we encourage you to contact us and speak with Sharon, our Sleep Apnea Coordinator to schedule your free sleep apnea appointment and evaluation with Dr. Brown.

If you have additional questions before booking your appointment, we encourage you to contact our office and speak with Sharon (SCamerino@babylondentalcare.com). She has a wealth of information regarding sleep apnea, and will be able to answer any questions you may have.

Don’t let this potentially serious health issue keep you from feeling your best. You don’t have to struggle getting the sleep your body desperately needs.

All you have to do is pick up the phone, or contact us at our location nearest you (Great South Bay or Gateway Plaza) and schedule your appointment. We look forward to solving your apnea problems and helping you live a happier, healthier life with a truly restful night’s sleep.

Should You Use a CPAP Machine or an Oral Sleep Apnea Appliance?