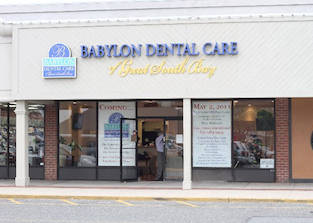 Sleep apnea is a common disorder; one that disrupts and prevents quality sleep. Many people go undiagnosed, but there are signs to watch out for because going without treatment can have very serious results.

Today, sleep apnea testing is much easier and more convenient than in the past. You can even test while in the comfort of your own home.

As you’ll see in this article, sleep apnea testing is very important. It is an issue everyone should be concerned about. It is being used to ensure train engineers are alert when on the job.

Sleep apnea is a potentially serious disorder in which breathing repeatedly starts and stops or becomes shallow during sleep.

People with sleep apnea experience frequent awakenings and don’t get enough deep, restorative sleep, leaving them drowsy during the day — and possibly leading to irritability and depression.

Sleep apnea deprives the person of oxygen, which can lead to:

And the disorder is linked to:

Although many people ignore this problem and don’t get tested for sleep apnea, this is a serious issue that deserves more attention.

This deadly accident may have been prevented using sleep apnea testing

Accidents happen when people don’t get enough sleep or have poor quality sleep drive, and then he or she operates trains, cars, or other heavy machinery.

In December 2013, a train on the Metro-North Railroad in New York City derailed from its course, killing four people and injuring more than 60 others.

An investigation determined the train came off the tracks due to the engineer’s sleepiness and undiagnosed sleep apnea (you can read more about it here: http://www.wsj.com/articles/sleep-apnea-led-to-deadly-metro-north-crash-ntsb-1414508407).

Sen. Charles Schumer of New York is demanding that both New York’s commuter railroads — the Metro-North and the Long Island Rail Road (LIRR) — test their engineers for sleep apnea (http://newyork.cbslocal.com/2015/01/30/schumer-wants-lirr-not-just-metro-north-to-screen-engineers-for-sleep-apnea/).

The Metro-North has a plan to test its train engineers, but the Senator believes the other NY railroad line should have a similar plan.

If train engineers are tested and treated for sleep apnea, they will sleep better, drive better, and potentially reduce the amount of serious accidents that occur while they are driving.

Sleep apnea testing can help prevent accidents for everyone

At our family dental office in Babylon, New York, we support sleep apnea testing for train engineers. We also support testing for everyone in and around the Babylon area.

Sleep apnea can have devastating consequences anywhere. If you or someone you know rides a train to work, operates heavy machinery, or simply drives a car, you could be at risk of an accident due to sleep apnea.

Consider this: Patients with severe, untreated sleep apnea are two to three times more likely to have automobile accidents than the general population.

For this reason, we encourage everyone to get tested for sleep apnea, especially if you or your significant other thinks you may have it.

Sleep apnea affects more than 18 million Americans, according to the National Sleep Foundation. The disorder can affect anyone at any age, even children. However, risk factors include being male, overweight, and over the age of 40.

If you have any of the following, you might have sleep apnea and should get tested:

At Babylon Dental Care, we provide a variety of sleep apnea treatments in Babylon, NY to fit your needs.

But, first, you need to determine if you have sleep apnea. One option is to sign up for an overnight sleep evaluation, which can be costly and inconvenient.

Or you could choose a convenient and effective take-home device that will test you for sleep apnea. The device we offer at our office is similar to the device that Metro-North engineers will be using.

All you do is sleep with the device for three nights and then come back to our office and have the results interpreted by a sleep apnea specialist (a medical doctor).

The vast majority of sleep apnea patients go undiagnosed despite serious consequences. Don’t let this be you or your loved one.

What should you do now?

If you are concerned that you or your family member may have sleep apnea, we encourage you to get tested.

Call us today and ask to speak with our Sleep Apnea Coordinator, Sharon (SCamerino@babylondentalcare.com). She can answer any questions you may have and will set up a free sleep apnea appointment and evaluation at our West Babylon location or our Patchogue location.

Should You Use a CPAP Machine or an Oral Sleep Apnea Appliance?